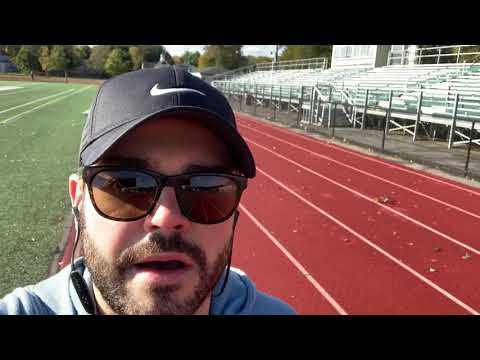 Raised by 54 people in 3 months

Hello! Welcome to my 2020 Boston Marathon Fundraising page!  My name is Christopher Beels, and I am honored to have the opportunity to raise money for ALS research and support by partnering with the ALS Association - Massachusetts Chapter; in honor of my father, who has recently been diagnosed with ALS.

My Connection to ALS?

My father, Scott Beels, has recently been diagnosed with ALS (Amyotrophic Lateral Sclerosis, also known as Lou Gehrig's disease). In a short period of time, my father who was in perfect health, has been suddenly impacted by this disease. Unfortunately, there is no cure for ALS at this point in time, which is why creating awareness and fundraising is critical. My father got one of the last spots in the Brainstorm NurOwn Phase 3 clinical trial at MGH to help researchers find a cure. Your support will help keep trials like this funded.

Why is running the marathon important to me?

I am running because I believe the Boston Marathon is one of the biggest stages to honor my father, increase awareness for ALS among my network, and raise a significant amount of money in order to help research and family support efforts.

Why do you want to run for Team Challenge ALS?

I chose to run for Team Challenge ALS because community is one of the most important elements when going through difficult times. The ALS Association of Massachusetts unrelenting work to raise money for research, and family support is best in class. I am honored to be part of this community.

About my father, Scott Beels:

Scott Beels, is a loving husband of 31 years to my mother Kim, and role-model father to myself, my sister Stephanie, and my brother Griffin. My father loves to be outdoors and enjoys walking our dog, Mimi, and going on long hikes. His family loves him very much.

Imagine for a second, a radio announcer who lost his voice, not to laryngitis, but to a motor neuron disease called Progressive Bulbar Palsy-ALS. Being speech impaired is quite the paradigm shift that has changed his life within weeks.

Below I have included a playlist that my father has put together throughout the years, paying homage to his roots (born in Phoenix, AZ).

I am inspired by his sense of strength. Despite the situation he is in, I am amazed by how positive he has been. He still acts like himself, as a loving and funny person who is always the center of attention. He is not letting his battle with ALS negatively impact his outlook on life, or ability to land a well-timed one-liner.

Please join me in raising money and creating awareness for ALS in honor of my father, and in collaboration with the ALS Association - Massachusetts Chapter. My individual goal is $15,000, and I would be honored to have your support in this effort.

This year The ALS Association Massachusetts Chapter is proud to be celebrating its 9th year participating in the John Hancock Marathon Non-Profit Program. We are so grateful for the opportunity to take part in this prestigious event and help continue to raise awareness of ALS!

ALS is a neurodegenerative disease that affects the nerve cells in the brain and spinal cord which eventually leads to muscle paralysis. The disease is always fatal. There is no cure and people with ALS live an average of 2-5 years after diagnosis.

Our vision is to create a world without ALS. Our mission is to discover treatments and a cure for ALS, and to serve, advocate for, and empower people affected by ALS to live their lives to the fullest. Our core values are COMPASSION, INTEGRITY, URGENCY.

The ALS Association is the largest funder of non-government sponsored research in the country. Our care services programs help patients and family members by providing supports groups, equipment loans, assistive technology, insurance and benefits counseling, and much more. We also advocate at the federal level for funding and laws to benefit ALS patients.

The money raised by the runners of Team Challenge ALS will be used to support all of these programs and hopefully lead us closer to creating a world without ALS!

Raised by 54 people in 3 months