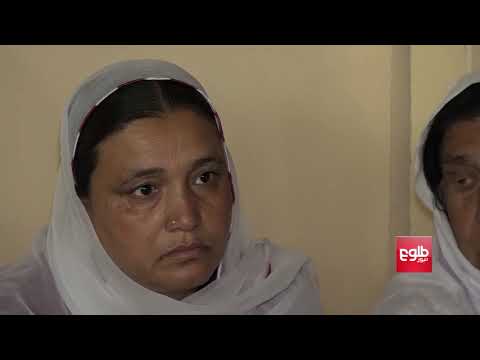 Afghan S.O.S.: Save Our Sikhs

Thank you for visiting the "Afghan S.O.S." gofundme charity campaign to provide relief and support for the Sikh community in Afghanistan in the wake of the deadly March attack on a Gurdwara in Kabul.

We are the Afghan-American community of the Washington, D.C. National Capital Region, which encompasses Northern Virginia, the District of Columbia and Southern Maryland.   Like most Americans and Afghans, we watched in horror  as gunmen carried out a brutal attack against our fellow Afghans while they gathered for prayer at their Gurdwara, targeted for their Sikh faith.

The attack left dozens dead and injured and an already marginalized community in despair.  A second attack was carried out as the families of the victims tried to bury their dead, can you imagine?  The barbarity and cruelty of it offends our hearts and compelled us to respond.  Where the terrorists saw "targets" we see our fellow Afghan brothers and sisters, mothers and fathers, kids and grandparents, who need our help.

We  are  raising funds in order to:

1. Pay for the funeral expenses and medical services  of  victims,

2. Pay for the cost of cleaning and repairing the Gurdwara, and

3. Help families pay other expenses as they grieve,  especially  in  light  of  the  fact  that  the  terrorists  continue  to  issue  threats.

You don’t have to be Afghan, Muslim, American or Sikh to help, just a human with a heart .   We humbly ask you to consider:

1. Making a donation  in support of our effort to raise funds for the victims; and/or

2. Forwarding this campaign on to friends and family to raise awareness.

To accomplish this, we are working with a local fundraising coalition of trusted Afghan-American social, cultural and Islamic organizations in the D.C. area.  We've also developed a partnership with United Sikhs, a United Nations affiliated Sikh NGO and civil advocacy organization.   United Sikhs, which is already doing aid work with victims on the ground in coordination with Afghanistan's Sikh Parliamentarian, Narinder SIngh Khalsa, has agreed to transfer those funds into Afghanistan and distribute them .

Coalition members will engage their members in fundraising efforts (let us know in the comments how you heard of our campaign!),  The proceeds of this coalition's fundraising efforts will be collected by Afghan Academy.  The Academy will disburse these funds as a charitable donation to United Sikhs.

Prior to issuing the disbursement, a representative (or designee) from Afghan Academy and a representative from United Sikhs will agree on how the distribution will occur and how the funds will be allocated and spent (within the parameters outlined above; funerals, Gurdwara cleanup, distributions to families to help maintain expences.   United Sikhs agree to circle back with the Coalition partners and provide pictures/video or other approprite documentation that can be shared with donors.

To simplify our tracking, ensure every donation is properly accounted for and to ensure all donors receive an update regarding the impact of their genorosity, we strongly encourage all donors to use this gofundme page.  All of the funds will be turned over to United Sikhs, a human rights oranization with a track record of getting this done and work collaboratively across faith and cultural groups.

For this campaign we’ve brought together the following organizations:

Afghans Living in D.C. Area (ALDC), a non-political community group dedicated to bringing together Afghans and Afghan-Americans in the Washington, DC metro area.

United Sikhs, a U.N. affiliated NGO with a mission to help all underprivileged and marginalized communities.  United Sikhs  has been working directly with victims of this tragedy in Afghanistan and in coordination with Afghan Parliamentary representative Narinder Singh Khalsa who represents Afghanistan’s  Sikh  and  Hindu minorities in Parliament.

We are all Afghan.  We are one nation.  We stand united, together.  We respond to radical fanaticism with radical empathy and love.