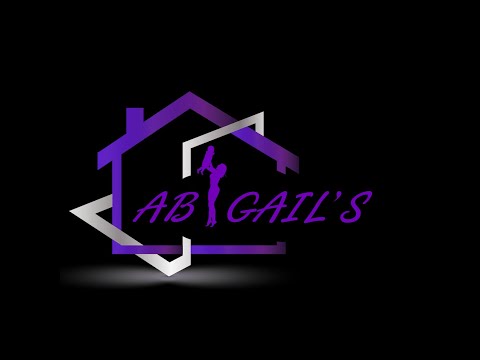 Abigail’s house of Freedom was born out of a passion and desire to rescue girls and women who are trapped in sex trade and are sex slaves. In 2007, my husband and I rescued a young woman in Jamaica, Queens New York who was an undocumented resident of New York City, who was the in the United States for the first time, who left her country in the Caribbean, left her husband and children to come to America in hopes of a better life in the United States. She left her country with only $100 and a suitcase full of clothes. According to her within a week she ran  out  of money and found a shelter to stay. Soon she met a man that promised to help her. He found her a place to live and from there visited her every night for sexual encounters.

She lived with this for months because she had nobody, no money or a job and did not have the right documentation. He threatened her with deportation, hunger and lack of necessities.  When she told us how she had to marry at age 14 because her family could not take care of her and she had two children at 16 and 18 years old. And now she wanted to be free of him. She was intelligent, beautiful, well-spoken and broke. We encouraged her and gave her what we could. We encountered the trafficker and threaten to go  to the police and to his local church and finally to his family and wife. He took off. I was broken and desired a place for girls and women who are caught in this terrible net of trafficking to find a place where they will recover, heal and be restored. Since then we have encountered so many in need of freedom from this slavery. We now have the opportunity to help them.

Sex trafficking is human trafficking for the purpose of sexual exploitation, including sexual slavery. A victim is forced, in one of a variety of ways, into a situation of dependency on their trafficker(s) and then used by said trafficker(s) to give sexual services to customers or to her keeper.. There are three types of activities defined as sex trafficking crimes: acquisition, transportation and exploitation; this includes child sex tourism (CST), domestic minor sex trafficking (DMST) or other kinds of commercial sexual exploitation of children, and prostitution. Sex trafficking is one of the biggest criminal businesses in the world. Human traffickers recruit, transport, harbor, obtain, and exploit victims – often using force, threats, lies, or other psychological coercion. Traffickers promise a high-paying job, a loving relationship, or new and exciting opportunities. ... Their common thread is a willingness to exploit other human beings for profit.   In 2012 the International Labor Organization, reported 20.9 million people were subjected to forced labor, and 22% (4.5 million) who are victims of forced sexual exploitation. The same organization reported in 2016 that of the estimated 25 million persons in forced labor, 5 million were victims of sexual exploitation. However, due to the covertness of sex trafficking, obtaining accurate, reliable statistics is difficult for researchers. The global commercial profits for sexual slavery are estimated to be $99B according to this same source. In 2005, the figure was given as $9B for the total human trafficking industry. The United States is again ranked as one of the worst countries in the world for human trafficking and New York ranked number 6 in all the states. According to a recently released report by the State Department, the top three nations of origin for victims of human trafficking in 2018 were the United States, Mexico and the Philippines. Jun 22, 2019

The support, care and love needed by survivors of sex trafficking is enormous. We want to purchase a two family house, which has six bedrooms in Jamaica, Queens; to create a home for these girls and women who we rescue or who come to us for help. The building is available for purchase at $800,000.00. We are looking for donors to support the project. We will provide medical help, counseling, schooling, vocational training and all daily needs required to be integrated back into society successfully.

Project Hope Charities, (PHC) is a grassroots community direct service agency serving and working with residents through specific demographic like immigrants , Public housing residents, people with limited English proficiency, homeless ,  working  poor  and  anyone  in  need  to reach their full potentials by tackling the causes of hunger-food insecurity, persistent poverty, injustice, unemployment and limited and low quality education". Our mission is twofold: Poverty & Hunger Eradication, which includes the operation of a Food Pantry and the promotion of proper nutrition and healthy behaviors through health education; and Personal & Professional Development, which offers college, job readiness and life skills training through referrals to a network of partner agencies.  Our goal is to reverse the devastating impact these social realities have on the quality of life of low-income and working poor residents of Queens, particularly those who reside in NYCHA Houses which of 22, 17 are in our community. We have an open door policy regardless of religious affiliation, race, sexual orientation, gender identity, age, national origin, ancestry, physical limitations or disability. Our Community consists of a population of 52.2 % Black, 17.1% Hispanic, 14.9 % While, 10.5% Asian and 9.4% other. Low-income levels contribute to the fact that the community has one of the highest Crime rates, highest HIV population, Drug abuse, Homeless people, High School dropouts, Teen pregnancy, sex trafficking and unemployed youths in New York State. In Jamaica, poverty is generational. Almost one in five single-parent households in Jamaica -- specifically single mothers -- are living below the poverty level. Child abuse and family violence is a direct correlation between the poverty level and low income in this community. The above statistics reflect the staggering challenges faced by the vulnerable and economically disadvantaged families. consequently, the problems of discipline, drugs, alcohol abuse, teenage pregnancy, illiteracy and the number of high school dropouts are escalating. These obstacles greatly affect the economic, emotional and social development of our children and youth and restrict their access to the educational and career resources restricting their development.