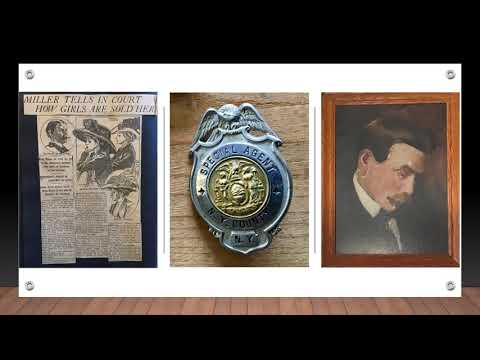 A Tangled Web of History

A collection of over 500 unknown artifacts, kept in the home of a South Whidbey pioneer family for the last century, has been revealed. These artifacts represent a remarkable outline of an unknown chapter of Washington State and Pacific Northwest History.

The artifacts tell the story of a wayward Portuguese whaler Joseph Brown, who married a “high-born” member of the Coast Salish Snohomish Tribe, Mary Shelton. Their story traces how a major tribal village on south Whidbey Island at Sandy Point, (formerly Brown’s Point) became an epicenter of early maritime trade in the Puget Sound, a destination of Euro-American settlers, homes for notable families and a tourism destination.

The collection reveals in astonishing detail, the involvement of Brown/Shelton family members who acted as undercover detectives for the Department of Treasury and Bureau of Indian Affairs. Their mission was to investigate the underbelly of political corruption, prostitution and “white slavery” trafficking of women as sex slaves from Seattle to New York. As federal agents, they were also tasked with suppressing the illegal sale of liquor and opium in saloons and on reservations throughout the Pacific Northwest.

The project is profiling primary and seasonal Snohomish villages, and clarifying the genealogical record. Merging with euro-american settlers, tribal assimilation led to new challenges faced by bi-racial families and women in a cross-cultural, rural setting.

Project investment will help to build a matching fund to leverage grants at the local, state, and federal level. Donations will also support research and field surveys, collection preservation and publication of findings.

Donations of any amount are appreciated

$50.00 + as a Research Partner you will receive  updates on research activities and recognition as a donor.

$150.00 + as a Project Advocate you will receive the above, plus exclusive stories as they are revealed.

$250.00 + as a History Associate you will receive the above plus two 5x7 photos from the collection of your choosing.

$500.00 + as a Study Sponsor you will receive the above plus tickets for two to a wine and cheese storytelling and artifact viewing event.

$1000.00 + as a Project Patron you will receive the above plus a signed copy  of A Tangled Web of History when published.

Donations may be tax deductible based on SWHS 501c3 status and current IRS guidelines. Check with your accountant for more details.

Kyle Walker has served communities and customers throughout the Pacific Northwest leading programs and services in the public, private and non-profit sectors.

Equipped with a bachelor and master’s degree in Pacific Northwest History and Historic Preservation she has pieced together a remarkable outline of cross-cultural events and previously unknown history of South Whidbey and the Pacific Northwest.

Kyle currently serves as the Vice President of the Lower Columbia Preservation Society.

To request a Project Prospectus or if you have information that will support research efforts, you are encouraged to contact Kyle at: