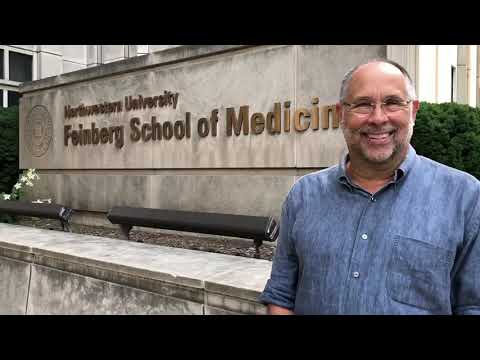 On September 13, 2020 Doug McConnell is going to embark on an Open Water Signature Swim from Northwestern University downtown Chicago campus to its Evanston campus.

2020 has been a difficult year for all non-profit organizations, as fundraising has been disrupted with traditional models of events and other gatherings.

A Long Swim is no different, and the realities of this year have caused us to remind ourselves of why we started A Long Swim in the first place. Swimmers never shrink from a challenge, so we have used the circumstances of 2020 to recommit ourselves to the mission we have had from the beginning:

“To use open water swimming to raise funding for collaborative ALS research.”

While there is a lot packed into that mission, the key word is “collaborative.” Marathon swimming is the purest team sport ever, as a swimmer quite literally puts their life in the hands of their teammates. A Long Swim would be nothing without that teamwork, and we found the ALS research lab that perfectly reflects that commitment.

Enter the Ozdinler Lab at the Feinberg School of Medicine at Northwestern University in Chicago. The Ozdinler Lab, started and managed by A Long Swim Science Advisor Hande Ozdinler, PhD, is culturally and structurally committed to ALS research collaboration. It is no surprise, then, that the resulting pace of discovery emanating from the Lab is accelerating all the time. With its relationships with other ALS research centers, the Ozdinler Lab has collaborations in every time zone around the planet. To paraphrase what used to be said about the British Empire, “the sun never sets on Ozdinler Lab.” We couldn’t be more thrilled to support Hande and her Lab.

Since 2011, A Long Swim has donated hundreds of thousands of dollars to ALS Research at Northwestern and will remain committed to continue that until patients become ALS survivors. The Ozdinler Lab is considered a world leader in the study of upper motor neurons, which are among the first to die as ALS progresses, and the neurons that die in other motor neuron diseases, such as HSP and PLS.  Currently, the Ozdinler Lab, with their novel drug discovery platform, help improve the clinical outcome of numerous drug studies. While A Long Swim has helped fund a number of projects in the Lab, it is particularly proud of the work being done under the Ellen McConnell Blakeman ALS Research Fellowship. Mukesh Gautam, PhD, is the “Ellen Fellow,” and we are so proud that he is receiving international recognition for his ALS research work with the Ozdinler Lab.

Perhaps one of the most important collaborations of the Ozdinler Lab, however, is within Northwestern University itself. The Lab now partners with the Chemistry of Life Processes Institute (CLP) that has been a great source of drug discovery and other chemistry breakthroughs.

It is this linkage, this collaboration, this teamwork, that has led A Long Swim to the announcement of the 2020 Signature Swim that will link the two campuses of Northwestern and celebrate the partnership between the Ozdinler Lab and the CLP.

On Sunday, September 13th, we will be taking A Long Swim from Northwestern-to-Northwestern. We will start at 7:30 in the morning off the beach at Northwestern’s Evanston Campus, swim south in Lake Michigan to Northwestern’s Feinberg Medical School near Navy Pier in Chicago. At thirteen miles, the swim could take less than seven hours, though conditions in Lake Michigan can be very challenging as they are unpredictable and capricious.

As the day approaches, watch www.ALongSwim.org about how to track our swim. In the meantime, donations will be humbly accepted at here. Join us! #TheCureIsOutThere, #ALongSwim


Posted by A Long Swim