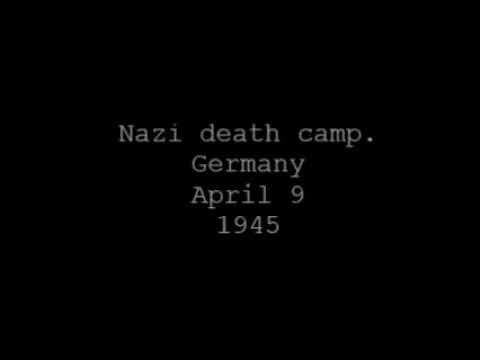 Raised by 9 people in 2 years

A personal note from the playwright:

“To not speak is to speak, to not act is to act.” -Dietrich Bonhoeffer

In a cold prison cell Dietrich Bonhoeffer wrestled with a darkness attempting to crush body and soul.  A man of faith and conviction, his choice to speak publicly against Hitler cost him everything. Everything but his joy. Even while awaiting execution, he remained steadfast in his faith while clinging to a mysterious, unquenchable joy.

Dietrich’s story has always inspired me to action, and as a playwright, the pen is my sword. This original stage play was raging in my gut. Like a prisoner clamoring to be set free, I wanted to tell Bonhoeffer's story in a refreshing and intimate way for a new generation unfamiliar with his life and the impact his writing has had on so many.

Our play is a painful reminder that the only thing necessary for evil to triumph is for good men to do nothing.

“A dose of joy is a spiritual cure”

From writer and director Terry Lomax, comes a fully staged reading of a one act play ‘a dangerous joy’. Based on Dietrich Bonhoeffer's true story, Lomax has written a riveting fictional account of the last hour of his life. A German Pastor and Theologian during WWII, Dietrich refuses to remain silent as he witnesses the atrocities of Hitler’s rule.  Imprisoned in Flossenburg concentration camp for his involvement with the Valkyrie plot to assassinate Hitler, Bonhoeffer faces off with Heinrich Muller, head of the Gestapo, while playing a deadly game of cat and mouse with cell-mates Sal and Parker.  We also get a glimpse into his passionate love story with his fiancé Maria.  The Nazi’s have stolen everything dear to him except what they could not; his faith and unquenchable joy.  Filled with suspense, drama and romance, ‘a dangerous joy’ presents this question: What is worth living and dying for? Our production includes professional actors, authentic WWII costumes, original music and sets, and a multi-media presentation that will transport the audience and open their eyes to the power and influence of a dangerous joy.

Your contribution will cover the cost of producing our play as part of Portland’s 11thAnnual Fertile Ground Festival.

We invite you to partner with us as we continue to prepare for our performances on January 27-28 at Lakewood Center for The Arts, and January 31-February 2 at Portland State University's Boiler Room Theater.

All contributions are tax deductible through our Corporate sponsor, Master’s Image Productions, and will be used expressly for production costs.  Simply click the button below to donate. Thank you for your partnership!

Raised by 9 people in 2 years