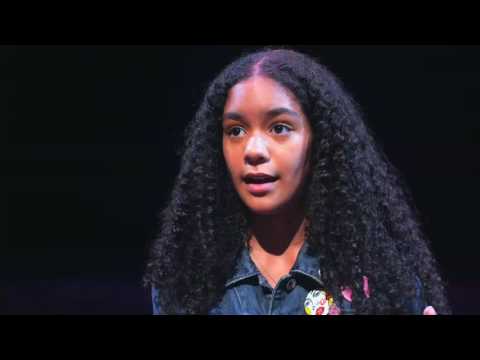 IT’S YEAR #7 OF THE RING CYCLE ENDURANCE WALK!!!  Last year we raised almost $7,000, which is the most we’ve ever raised!  I just want to take a moment to thank all of you for donating to The Met and for supporting me on this journey with KAOP.  I am turning 16 this year, and to think that KAOP has been going for 8 years is frankly unbelievable.  So many things that were only dreams for me when I started my club - and seemingly far-fetched ones at that - are now a reality.  I used to wonder what it was like to sit inside The Met and if it was as magical as it looked onscreen, and now The Met is my home away from home.  I used to only dream of hearing my favorite singers live, and know not only have I seen them perform live multiple times, but I know some of them personally.  When I was younger I noticed that most of the theatergoers were seniors and wanted to find a way to bring kids in somehow, and now not only do I bring my kid and young adult friends to operas, but you all help to bring thousands of kids around the US to movie theaters nationwide.

It’s 2019 and each year we sink farther and farther into technology, which isn’t necessarily a bad thing because everything has become more efficient than ever.  Sadly, because of this schools are cutting funding for arts education and beefing up their STEM departments, and parents are encouraging their children to pursue computer science, science, and math so that they can secure a job as a software engineer or become the next Steve Jobs.  However, they fail to realize that the easiest jobs for robots to master are related to computation.  Sure, there are brains needed to build and program and invent the robots, but left brain jobs to do with linear and analytical thought are in the most danger of becoming obsolete and taken over by technology because they are the easiest to make algorithms out of.  The jobs that will never be mastered by artificial intelligence are jobs in the arts industry because, while robots are smarter, faster, and better at mostly everything, the one thing they cannot be programmed to do is create.  I only wish that parents would recognize that a job in the arts is not necessarily a solo singer, or an actor, or a painter, which many see as a leap into the unknown that fails more than it works.  People can get stable jobs in the arts as a fashion illustrator with a brand, a digital designer who brings ideas to life in the marketing department, or an animator with a video game company.  Nearly everyone who works at The Met works there in an artistic capacity whether it be the cameramen who film the Live in HD Broadcasts, the team of seamstresses who sew the costumes, or even the two archivists who organize the Met Opera artifacts.

I think, as a person, opera has helped me develop in so many ways.  I have always had high standards for myself, but I think that seeing The Metropolitan Opera productions caused me to raise my own bar, especially in creative situations, because each of their productions were so excellent in every way possible that I began to hold myself to a standard of 360º of excellence.  I read that people who listen to classical music have a higher likelihood of experimenting with other music genres, and I personally found this to be true.  I am always open to trying new music, and on the regular I will listen to anything from Korean Pop, to Edith Piaf, to scores from films, to Russian folk, to Fado.  Growing up around foreign languages has obviously fostered a love for language and communication for me, but it is also bigger than that.  In opera, the language isn’t important - it’s just a device used to tell a story but the story itself in the most important thing, so now, not being able to understand a language doesn’t phase me at all.  I’ve learned that we as humans naturally give enough visual cues through body language, vocal cadence, and facial expression that you can often understand the gist of what someone is saying regardless of what they language they speak, so I don’t mind watching TV in a language I don’t know or listening to music I don’t understand the lyrics to.  As long as it makes me feel something, as far as I’m concerned it has done its job.

The Metropolitan Opera HD Live in Schools Program works with over 150,000 students in 38 states, and 300 teachers from more than 200 public schools.  The HD Live in Schools Program introduces kids to opera in 360º.  The Met Opera Education department does an incredible job putting together a curriculum and materials that are engaging, accessible, and multidisciplinary to appeal to all ages and types of learners.  Teachers are provided with a wide range of educator materials to make the most engaging classroom activities possible, singers will visit schools to teach master classes in singing, and Metropolitan Opera staff will call in via Google Hangouts to talk to students about the behind the scenes work.  Head of costumes, Elissa T. Iberti, asked art and design students to redesign a costume worn by Marnie in Nico Muhly’s new opera Marnia.  She video chatted with the students so they could present their work to her, and she talked about design choices, a future in the creative arts, colleges and art/design based career options.

Through the program, kids also get a true experience when they visit the opera house.  My favorite conductor, Yannick Nézet-Séguin invited students from the Long Island City High School came to a rehearsal of Verdi’s La Traviata where, after watching the rehearsal, they had a Q&A with the maestro, and some of the singers offered advice about performance anxiety, college audition repertoire, and anecdotes about a life in classical music.  What I love about the HD Live in Schools Program is that they aren’t just teaching young people about opera, but they are teaching them that there is so much more than just what you see on stage, which is part of what fascinated me when I was younger.  The HD Live in Schools Program shows students skills that can be applied to any artistic field, and that opera has a place for everyone. I think this will help to foster a lifelong love of the art.

Thank you once again for your support of my endeavors and for helping to bring the joy of opera to thousands of kids across America.