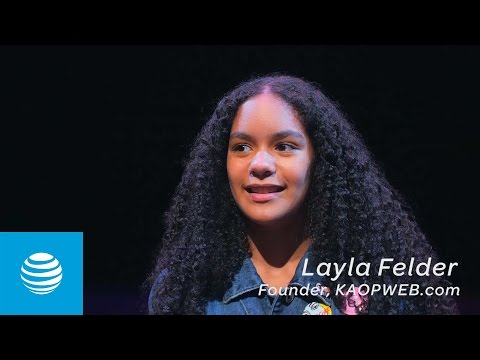 IT’S YEAR #6 OF THE RING CYCLE ENDURANCE WALK!!!  Last year we raised $3,710 and to date we have raised over $30,000 for the Met Opera HD Live in Schools Program.  Our goal this year is $10,000!  The Metropolitan Opera HD Live in Schools Program seeks to bring opera to Public School students nationwide.  Currently, the program is active in over 40 schools districts from 36 states and works with 300 teachers from more than 200 public schools, thanks in part to you.  Not only does this program pay for students to attend opera in movie theaters and broadcast live performances to the schools, but singers and Met Opera staff also make live or Google Hangouts calls and give students a window into the wondrous world of The Metropolitan Opera. This year has been insane, I feel like each year that KAOP ages, I become more a part of the live opera community.  When I started KAOP I had seen maybe 3 live performances total - counting overseas opera houses.  Now, 7 years later, I have seen more live opera and made more connections than I could have ever imagined!

When I talk to people, many of them don’t understand why I love opera.  My answer: what’s not to love? There’s the music,  where so many different instruments with wildly different timbres and personalities come together and create something that is not only beautiful, but that evokes emotion, tugs at your heartstrings and makes you feel without seeing or saying a word.  Then there are the costumes and the sets, each tailored specifically and meticulously to transport the viewer to a different time.  Don’t even get me started on the intricate storylines with the love triangles and misplaced identities and raging emotions of the highest degree.  Of course there are the voices, and the wonderment that comes with them.  How one person can create a sound so powerful that someone over 50 feet away can hear it as though the singer was right behind them while channeling rampant emotion, maybe even dying, but at the same time sounding so effortless and rich is a skill I will never master, but that will always hold my complete and utter respect.  Best of all, though, is the complexity - all the different sounds and components harmonizing and contrasting and coming together to create something altogether otherworldly.  Now I ask again: what’s not to love?
The battle to keep opera alive, as you know, is a difficult one, especially because many kids and young adults are unwilling to give it a chance because of the merciless stereotypes put out on the internet and spread by word of mouth.  Nevertheless, I will fight until the battle is won, and if I am not alive to see that, I will at least fight until my very last breath.

Kids have been subconsciously taught to think of opera as fat men and women screaming at the audience.  With this image in their heads of course kids will repel this without giving it a chance.  Adults, also have a hand in the situation.  Often when they see kids in an opera house, they make us feel unwelcome with their preconceived ideas about who should attend the opera.  The worst treatment by far, in my opinion is when they talk down to us, which only makes some kids self-conscious about trying something new, and does not encourage them to go back.  In truth, music and art transcend color, gender, age, and socio-economic status.  Anyone can understand art and opera if they are given the chance, and it can change their lives.

Adults in positions to administer to kids also have a perception of what worked for kids of their generation - but kids today are not the same.  The world has changed a lot.  I find that adults tend to implement programs using outdated principles, which won’t lead to relevance in their artistic field for the next generation.  Parents, as well, put a lot of weight on their children’s shoulders, forcing them to excel in STEM fields, but do not bat an eye if a child gets an A+ in Drama or Art class.  Creativity fuels innovation, and not everyone is meant to be a programmer or computer whiz.  Theater, Music, and Art are just as important as Science, or English.  There is life outside of tech, and those soft skills of empathy, understanding, connection, conversation, etc. are just as important as coding.  Opera and art develops these softer skills and give a voice to those who might not have the tech talent, but still have something very worthwhile to say in life.

I can’t believe that this club started as just a small idea in my 3rd Grade mind, and now has grown into something the likes of which I could never have foreseen.  We have touched thousands of kids lives both directly and indirectly, and created so many invaluable experiences with people inside and outside of our community, to kids and adults.  Thank you all so much for your donations and for being a part of this wonderful adventure of discovery and joy along with me.  Have a wonderful 2018 and Happy Birthday, Halloween, Holidays, New Year, Valentines Day, and Easter!  Until next year!