Coaches vs. Cancer Suits And Sneakers Week is a nationwide event when basketball coaches across the country unite for a common cause – saving lives from cancer.

Coaches and their staff across the nation wear sneakers with their suits during games to raise awareness and help save lives by raising funds and encouraging people to educate themselves about cancer prevention, screening, and early detection.

Since 1993, Coaches vs. Cancer has served as a cohesive program for coaches of all levels and in all sports to unite as one team in the fight against cancer. Entering its 27th year, this program has grown from one coach (former Missouri head men’s basketball coach Norm Stewart) asking fans to pledge $1 dollar for each 3-point shot his team made during a season to a powerful team of over 4,000 coaches and administrators utilizing their role as community leaders to fight back against cancer. Coaches vs. Cancer has raised over $110 million to support the American Cancer Society’s mission of saving lives, celebrating lives and leading the fight for a world without cancer. Created as a partnership between the American Cancer Society and the National Association of Basketball Coaches, this program has grown from a movement of collegiate basketball coaches to a united movement of coaches from all sports and at all levels. Truly, Coaches versus Cancer. 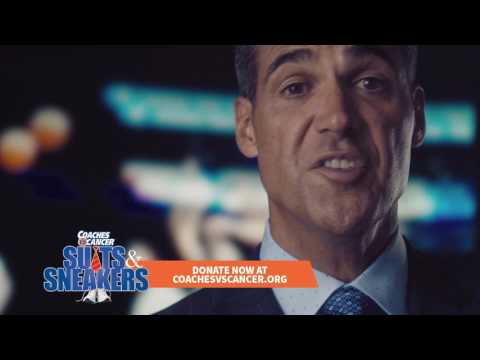