Richard Propes Announces 2019 Tenderness Tour to be His Final Tour

On October 8, 1989, lifelong Indiana resident Richard Propes sat in downtown Indianapolis in his wheelchair and set out on a seemingly impossible mission. A paraplegic/double amputee with spina bifida, Propes had a mission of traveling for 41 days and over 1,000 miles on an event he was calling "The Tenderness Tour," a one-man mission to find goodness in the world.

There wasn't a soul in Richard's life who thought his mission would succeed, but 41 days later he wheeled back into Indianapolis having discovered hope, healing, and a life mission to break the cycle of abuse and violence by wheeling 2-3 miles per hour.

On October 1, 2019, Propes heads out for his 30th Anniversary Tenderness Tour. While his life has changed dramatically over the years, his dedication to creating a peaceful home for every child remains as relentless as ever.

Having survived long past his life expectancy, Richard has announced this year's Tenderness Tour to be his final long-distance road trip after having traveled over 6,000 miles in his wheelchair and raised hundreds of thousands of dollars for children's organizations worldwide.

The week-long 30th Anniversary Tenderness Tour will start off on the evening of October 1st, also Richard's birthday, as he attends the Domestic Violence Network's annual Domestic Violence Memorial Vigil at Meridian Street United Methodist Church in Indianapolis at 5:30pm.

At 9am on October 2nd, Richard will gather at downtown Indy's Monument Circle where he will wheel one lap around the 1/3 mile Monument Circle for each child who has died as a result of violence in Indiana since the Tenderness Tour began on 10/8/1989.

Richard is starting at 9am; he'll stay on Monument Circle until he's finished (which is expected to be 2-3 days).

While tracking of such crimes is relatively new, Richard has researched the names of nearly 600 children, perhaps more, and will wheel each lap in the exact order they died beginning with October 8, 1989 up to October 1, 2019.

Additionally, Richard has selected 10 organizations working to improve the lives of children and families and plans to raise at least $1,000 for each organization - a minimum of $10,000!

After 30 years of passionate activism for children worldwide, Propes has won numerous honors and just this month was voted as runner-up in the category of "Best Human" in the Indy Star's "Best Things in 2019" Reader's Poll. Richard has also been named a Sagamore of the Wabash, one of Indiana's highest service honors, and a Kentucky Colonel, the State of Kentucky's highest service honor. Additionally, Richard received Prevent Child Abuse America's Highest Honor, the Donna J. Stone Award, and recently was honored as a Champion of Diversity by Indiana Minority Business Magazine. In 2018, Indy's own Academy Award-qualifying film festival Heartland International Film Festival established the Richard D. Propes Social Impact Award honoring both a narrative feature and a documentary feature best exemplifying social impact filmmaking.

Richard is a well known activist in the Indianapolis area and was the founder of the Indiana Coalition Against Domestic Violence's Race Away From Domestic Violence, an annual 5k now in its 16th year that has raised over a a half million dollars for domestic violence prevention and support programs.

Richard is the author of the award-winning "The Hallelujah Life" and the soon to be released "Touch Can be a Loving Experience." In 2018, he produced the powerful short film "Edmund Evans is a Rapist," directed by April O'Donnell, and in 2019 produced the comedy DVD "Straight Outta Cowan" featuring Indy comics Rick Garrett and Jeremy Brown. Richard is the founder/publisher of TheIndependentCritic.com, one of the top ten film review sites on the web, and was a charter member of the Indiana Film Journalists Association.

Richard is an ordained minister and 13-year employee of the State of Indiana who graduated from Martin University and Bethany Theological Seminary in Richmond.

Richard invites local activists, celebrities, friends, volunteers, etc. to join him for a lap or two throughout the Tenderness Tour once he starts wheeling at 9am on October 2nd.

Richard plans to hold additional events throughout the week once he's done wheeling and is available to speak to your church, organization, youth group, and/or media outlet before, during, or after the event.

Watch this space for updates, a link to the complete list of children to be remembered, and opportunities to get involved!

Oct. 2, 9am - Richard will start wheeling at 9am on Monument Circle in downtown Indy with a planned start at Christ Church Cathedral.

Once Richard has completed his final lap, he plans to wheel to the 300 block of Mass Avenue where he will officially end the Tenderness Tour exactly where it began 30 years ago.

Interested in volunteering? Richard could especially use supports throughout the event, opportunities to speak, and a wellness/medical person for regular vital and skin checks. Contact Richard at tendernesstour@ameritech.net 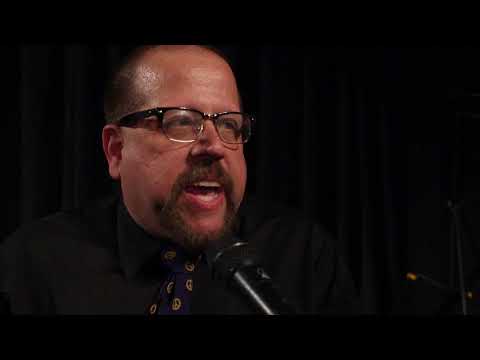