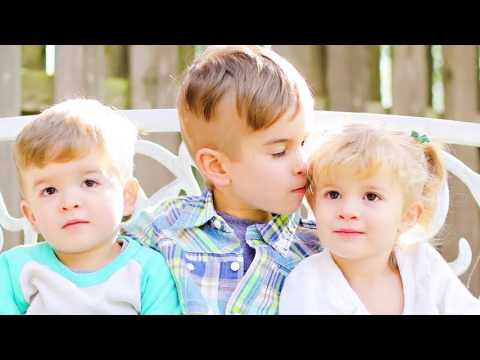 My name is David Metzger. Let me tell you about my son, Joshua, who our family lost in 2008.  Josh was a fun-loving, God-fearing little boy.  He was a typical 8-year-old boy, who loved playing football, tag, video games, etc.  Josh was a very healthy and active kid, and his smile and laughter were contagious.

Early in October 2008, we noticed that something was wrong with one of Josh's eyes, and figured it was the result of a concussion from playing pee wee football. After some tests at Akron Children's Hospital, we learned the devastating news that Josh had a deadly tumor in his brain stem called a glioma, or DIPG.  Until this happened, we had never heard of this disease.  This disease has no cure.  Each year, 1/3 of children who are diagnosed with cancer are diagnosed with brain tumors, and nearly half of those brain tumors are gliomas. Over 97% of children with the worst of the gliomas, diffuse pontine gliomas (DIPGs),  die within three years.  Josh passed away on December 14, 2008.  https://www.stjude.org/disease/diffuse-intrinsic-pontine-glioma.html

I ran my first marathon in 2013.  Before that, I had only run two 5k races and one 10k. I found that running was a great way for me to channel my grief, and to relieve stress.  At the Cleveland Marathon expo in 2013,  I met Stephanie Waldron of Prayers from Maria.  She was working at the Prayers from Maria booth.   I had never heard of this organization before, but I knew I wanted to be a part of it.   I could see that Prayers from Maria was full of kind, loving people, and that they were dedicated to finding a cure for DIPG.

In 2014,  my son, Zach, joined me, along with some other friends, and Team Josh was formed.  Zach ran his first marathon at the age of 15.   Both of us felt like this was our calling, and our way to bring awareness to people about DIPG.  We were proud to wear our Sunflower Striders shirts for the first time.

This year, Team Josh will be running once again as part of the Sunflower Striders team at the  Cleveland Marathon on  Sunday May 19, 2019.  Our runners will be running the 10k, Half Marathon, and the full Marathon.  All of the money that is raised by Team Josh will go directly to Prayers from Maria, and will be used to pay for research to find a cure for DIPG.  In 2017, The Josh Metzger Memorial Fox Trot Grant was jointly awarded to researchers at Case Western Reserve University and The Cleveland Clinic: https://prayersfrommaria.org/Where-Does-the-Money-Go

Our team continues to grow!   If you'd like to be part of our team, or would like to know more about Prayers from Maria,  please feel free to reach out to me, or check out the Prayers from Maria website.   https://prayersfrommaria.org/#1

Please click the DONATE button to help help out our cause.  We thank you in advance for your generosity!